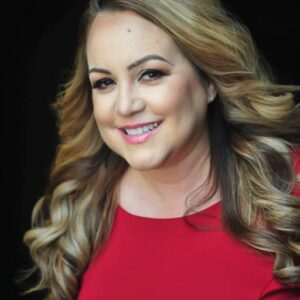 Using a Notario: Is Your Case in Good Hands?

We’ve all purchased a product only to realize later that the seller was not legitimate or the product was not as it seemed. The same can be found within immigration services. Unfortunately, there are people out there just waiting to take advantage of the uninformed immigrant. To protect yourself from falling prey to someone who might destroy your dreams of gaining legal status in the United States, you need to know the facts about immigration services and the risks of hiring a notario.

So who is authorized to assist with immigration cases? Two types of people: (1) attorneys and (2) accredited representatives. Attorneys are licensed to practice law in any U.S. state or the District of Columbia. To find out whether a person is indeed a licensed attorney, you could ask to see his or her bar license. Or you could contact the Bar Association in the state in which the attorney claims to be a licensed attorney. Accredited representatives are people who work for certain organizations that have been approved by the Board of Immigration Appeals. This tends to include non-profit, religious, charitable, social service, or similar organizations. To determine whether an organization and its representatives are accredited, check out this website: http://www.justice.gov/eoir/recognition-accreditation-roster-reports.

Despite the importance of hiring an attorney or an accredited representative, some people end up hiring a notario or an “immigration consultant” with their case. Many times this is because the immigrant believes a notario might charge less for their services. Unfortunately, many people end up becoming victims of immigration fraud this way. So before you choose to hire a notario to handle your case, you should understand what one is.

In many Latin American countries, “notarios publico” are attorneys who have special legal credentials. But in the U.S., “notaries public” are not attorneys, and they usually have no legal training at all. Instead, notaries are merely people who are permitted by their state government to witness the signing of legal documents and to administer oaths. In the U.S., notaries, or people who advertise themselves as “notarios publico,” are not attorneys and they are not authorized to provide legal services related to immigration.

At this point, you may be wondering, “But why does that matter? Why does it matter whether the person who handles my immigration case is authorized or not? What’s the harm, considering I could technically file this case myself? I just want someone to help me with the tricky parts, and I’ll fill out some of the forms myself.”

The problem with having an unauthorized person perform work on your immigration case crops up way down the road, long after your case has been filed with Immigration. Sure, the notario may have completed some forms for you, and she maybe even suggested what forms to file. However, the notario probably has no idea whether you meet the legal requirements for the type of benefit you’ve asked for. The notario may have no idea whether you’re even eligible for the benefit under the law based on your particular immigration history or criminal history. Thus, while the notario may have indeed filed a case for you, problems may come down the road—when the case is denied because of admissibility issues or other legal problems the notario was not aware of. Because notarios have no legal training or education, they likely have no real understanding of the immigration laws and how those laws impact your case. A notario may know how to prepare forms and submit them to immigration, but does she have a clear understanding of the immigration laws and the legal issues that arise in nearly all immigration cases? Are you admissible to the country? Have you committed a deportable offense? Are you eligible to apply for a particular benefit when you have a past conviction or you had an encounter with immigration when you crossed the border? These are all things that licensed attorneys are trained to deal with.

Unlike attorneys, the notario’s services are not regulated and their work is not recognized by Immigration. Unlike attorneys, when notarios submit forms to Immigration, they do not state on the form that they are responsible for preparing your case. And unlike attorneys, notarios are not bound to the ethical obligations and legal rules that attorneys must comply with in order to keep their law license. So if a notario makes errors on the forms, if she fails to ask the right questions to ensure an approval of the case, or if she fails to submit the case to Immigration at all, the notario has nothing to lose. A notario doesn’t have a law license at stake.

A notario may charge you less than an attorney might charge to file an immigration case (although data shows notarios actually charge as much or more than attorneys many times!). But the problems that often arise due to the mistakes of a notario will cost you way more in the long run, when you need an attorney to “fix” a botched application later. And sometimes the application simply isn’t fixeable. Worse than that, some notarios have no intention of ever filing your case in the first place. Their only plan is to take your money and documents and then disappear from the face of the Earth.

So now that you understand the reasons for not hiring an unauthorized person to handle your case, here are some tips to help you find the right person to file your case.

Your immigration case is one of the most important, time-consuming, and rewarding processes you will ever have to deal with in your life. Make sure you can trust and rely upon the person who handles that process. Your life is in their hands!